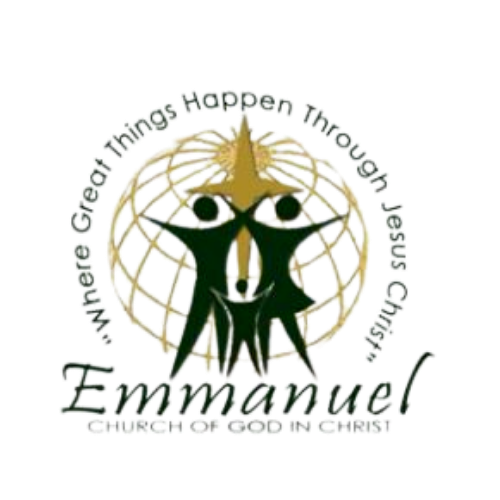 Emmanuel’s rich history is an incredible story of miracles and God’s divine providence. It all began far, far away, in the scenic city of Phoenix, Arizona where our Senior Pastor, and Mother Ola had relocated as a newly married couple from the state of Louisiana. They had settled in this new “oasis in the desert” and were making plans to make this their permanent new home. However, in the spring of 1966, our Pastor, then known as Minister Richardson, experienced a spiritual vision. In this vision, God directed him to move to Houston, Texas for he had prepared him for a “great work.” Our Pastor shared this vision with his wife, and they, with their first born son, prayerfully surrendered to God’s will, relocating to the city of Houston, Texas later in the same year.

After settling in the Houston area and going through a period of trials and transition, God again visited our Pastor, but this time in a spiritual dream.  God vividly revealed to him a little white building with a small piece of paper on the front door. After driving all over the city, the exact same building seen in the dream, was located. And guess what? There was actually a small piece of paper, which was a handwritten note, posted on the door just as the dream had revealed. This little note was written by the Pastor of the congregation that had been previously worshipping there. The note stated that a new location had been established and instructed the members to gather at the new address. The owner of was located and the building - which was actually a converted home - was secured for church services.

At the Bennington location, a new church was formed and christened: Emmanuel - meaning “God is with us.”  With only 5 members, the Lord began to prove that he really was “with them.”  As Pastor Richardson preached the Gospel with fiery conviction and holy fervor, God saved, healed miraculously, and filled many souls seeking God for the baptism of the Holy Ghost.

So many firsts were celebrated during our humble beginnings and in a few short years this special place became too small to hold the saints.   The song rang true for us….”When the Lord gets ready, you’ve got to move!”

In 1970, the Lord revealed a new location for the church to the Pastor during a spiritual dream. In this dream, the Lord showed our Pastor a wooded piece of land and declared “On this lot I will bring you out”.  With this directive from the Lord, the search soon began for the specific property that was so vividly revealed in the dream.  After several inquiries, the lot was found at 8813 Lockwood – however it was much smaller than the space we occupy today.  In fact, it only encompassed the small parking lot where we park today, in front of the Educational building.

Though the lot was heavily wooded - just as God had revealed - the Pastor, Deacons, and Men of Emmanuel worked hard to clear the way for a new house of worship. Three months of persistent labor and the work was completed. A tent was erected and a one month revival was conducted by the Pastor. Tent revivals were a very common sight in those days and the saints could be heard singing and shouting under the tent as God continued to bless and save.

By July 1971, Emmanuel was ready to purchase a new building… however, we did not have the financing. But God always provides. A building was located and the necessary lumber and materials were donated to transform the building for our worship purposes. The building was moved to the new lot, remodeled, and expanded. Later, church was bricked and parking lot paved.

First Church Building @ Lockwood location before and after improvements.

During the early and mid-70’s, the Emmanuel family settled into their new sanctuary and God smiled on them greatly.  Soon we began to grow exponential with a great influx of members crossing many ethnic and social status lines. A large percentage of the new members had relocated to the area Houston from many cities across the nation.  As they joined the Emmanuel family, they combined their talents, time, and treasure as we continued to move forward for kingdom building. Many souls were saved and filled and many miracles were wrought through our founder and pastor, Bishop Richardson. During this phase, the Emmanuel church continued to beautify the church edifice, add an educational  and cafeteria annex (which now serves as a Day Care/Montessori school), develop many auxiliaries and departments, a church newsletter, two great choirs, and a Godly core of adults and youth who really loved God. We even launched a weekly radio broadcast featuring our Pastor ministering the Word and choir singing the praises of God.  Who can forget our theme song “There’s a highway to heaven” which opened the broadcast each week.

In 1979, the Lord spoke to the Pastor about a new direction for Emmanuel.  In December of the same year, the Pastor revealed the 10 year CASH ONLY building plan that God had given him.  The Lord also gave the Pastor a glimpse of the new building and he constructed a small model complete with carpeting for the members to see.   The Emmanuel family knew that God was getting them ready for a greater work and joined hands and hearts to complete the task God had assigned them

As we looked ahead to the decade of the 80’s, God also gave our pastor a revelation which he shared at the watch service. God revealed that the decade of the 80’s would be a dark one.  To prepare, God gave the church, through the leading of our Pastor, directions to undertake a 40 day fast which concluded with a shut-in consecration. Certainly, the prophecy rang true. The once vibrant Houston economy spiraled downward, affecting many businesses.  There were job cutbacks and major layoffs everywhere. So many of the saints were out of work during this time that we started a mid-week day service to pray and believe God to open new doors and opportunities. God does answer prayer because that mid-week service was eventually disbanded because all those praying for jobs - received them!

The 10 year building project, which began in 1980, involved everything from fund raising to land acquisition to building construction.  Who can ever forget the “Dollar a Day Program” or the “Mine First” message about Elijah and the Widow of Zarephath that challenged us stretch our faith give God our best. It was truly a test of faith but God was “with us” and in 1990, after 10 years of hard work and sacrifice, we dedicated our new worship facilities in a month long celebration. We praise God that we were able to be obedient to God and march into our new facilities….debt-free!

Since that time, we have continued to move forward - completing several major accomplishments including -

- Introducing many to the gospel and the life changing of power of Jesus Christ.

- Purchase of additional property for parking and future building projects such as a Family Life Center.

- The addition of a new wing and Children’s Church.

- Establishment of the Emmanuel Cares Community Development Corporation, a non-profit organization committed to assessing and addressing the needs of the Houston/Trinity Garden community.

-Several renovations throughout the church have taken place.

Our future goals include continuing the share the gospel, purchase additional property, and build a Family Life Center to house  life-enrichment programs, via Emmanuel Cares CDC, to better serve the needs of the youth, adults, and seniors of our community.

Praise God for his of faithfulness toward his people. We thank Him today and give God all the glory for the marvelous things he has done! 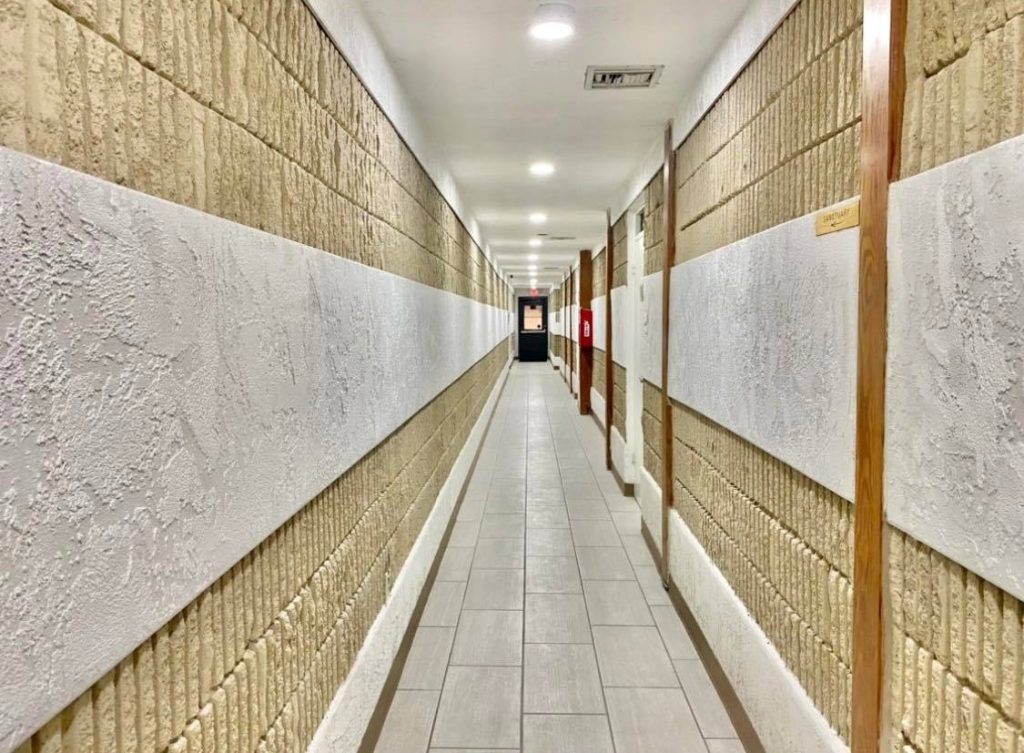 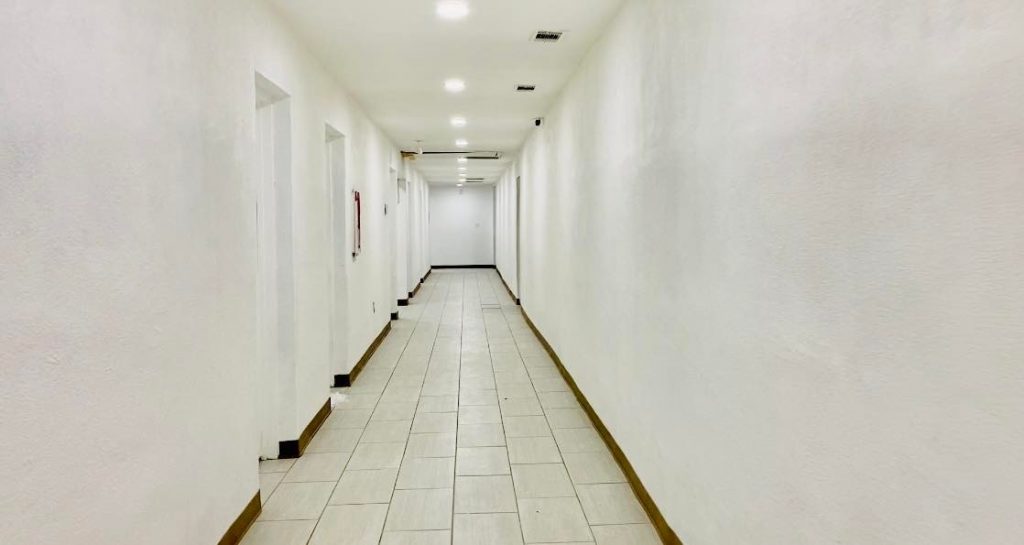 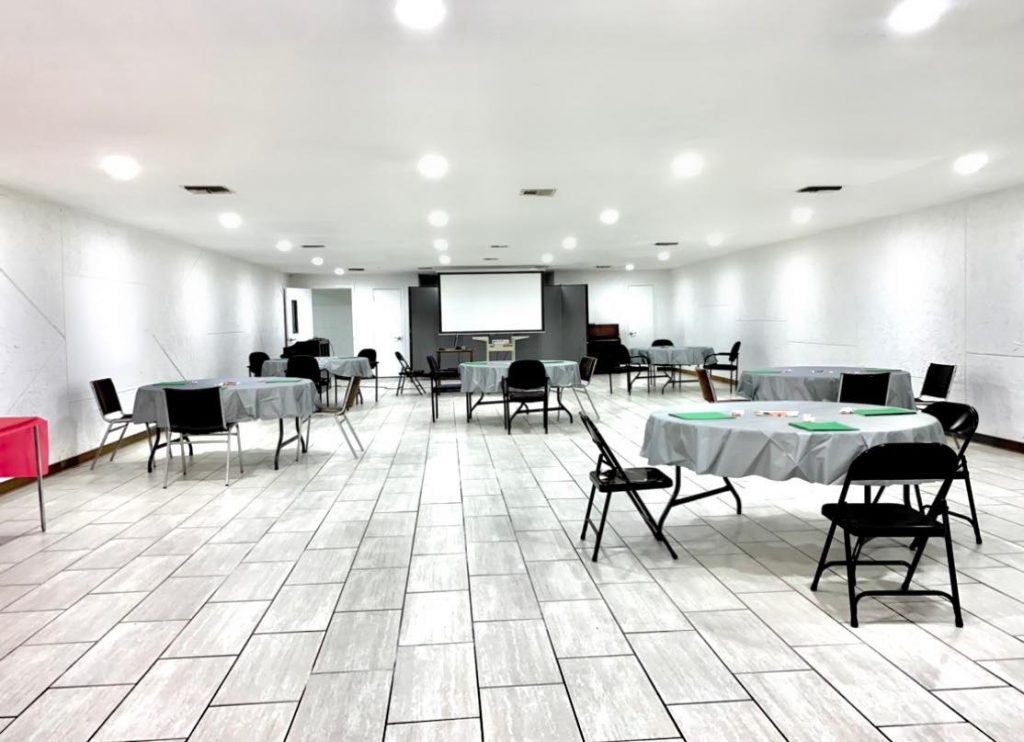